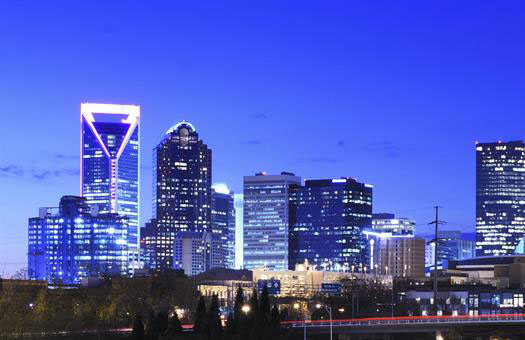 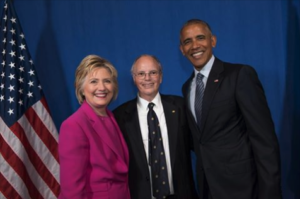 Among the first people to receive copies of Charlotte real-estate developer Mark Erwin’s fourth book, The Powers, were President Barack Obama and Hillary Clinton during a July campaign stop. The book, published by New York-based Skyhorse Publishing, describes 12 principles to transform a life from ordinary to extraordinary. “I told them, ‘I believe you still have a chance,’” Erwin says.

Writing and politics are two of his passions, nurtured after ending a 13-year partnership with famed Charlotte developer John Crosland Jr. in 1991. After developing dozens of shopping centers, Erwin had made enough money to focus on family, faith, politics and philanthropy. Bill Clinton named him an ambassador to the east African island republics of Mauritius, Seychelles and Comoros from 1999 to 2001. Now 72, Erwin discussed his career and the book, which includes anecdotes about John Belk, Wayne Huizenga, George Shinn and other businesspeople with N.C. ties. Comments were edited for clarity.

Why did you slow down your real-estate career?

I was working 15 or 16 hours a day, while I also had two young children and a wonderful wife – she is still a wonderful wife after 47 years. I realized my lifestyle was not really fair to them. [Crosland’s] home life was pretty limited. He was a total workaholic. So when I decided to change my grand vision, it became evident that I should not continue to emulate my good friend John. (Crosland died Aug. 2, 2015, at 86.)

How did you manage through the recession?

It was the closest thing to a depression that we’ve seen, with tons of companies getting wiped out or heavily damaged. But I’m happy to report that no project I ever owned was ever sent back to the lender. There aren’t a lot of people who can say that. It had to do with learning to measure and control your risk from day one.

Are we in a real-estate bubble now?

I sense there is some lack of common sense and things being built that probably shouldn’t be. The markets have become too focused on making money off money, rather than off long-term capital investments. One example is that the financial sector makes up about 4% of jobs but more than 20% of wages. When you get that big of a distortion, you cannot keep doing that.

Do you regret not seeking more wealth?

When John and I broke up, I was worth more than I ever thought I’d have. I had enough to take care of my children, their children and their children’s children. I wanted something more significant than another financial goal.

Look – The Power of Vision I BELIEVE IN MIRACLES — DO YOU?