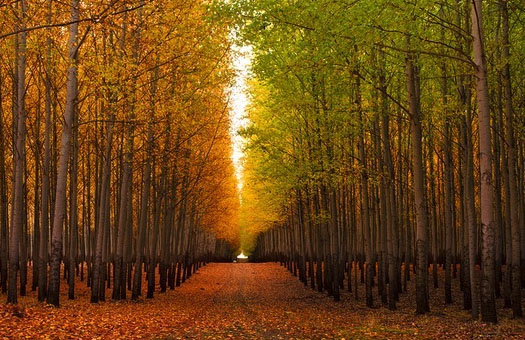 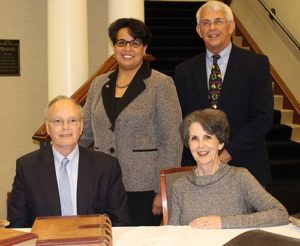 Former U.S. Ambassador Mark Erwin was in Huntington Tuesday, Dec. 6 to promote his book, The Powers. While in town, he met with administrators from the Marshall University Foundation and Special Collections to donate a collection of papers from his late grandfather, Charles H. Freeman.

“My first mentor was my grandfather, who died 25 years before I was born,” Erwin said. “I studied his life and was inspired by him. I want to pass those ideas and thoughts on to younger people. In a way, sharing these papers is a way of paying it forward.”

Erwin said he hopes others can read his grandfather’s journals and papers and study his business journey.

“As with all our collections of manuscripts and papers unique to Marshall and Huntington’s history, they give our students and faculty an insight as to what was happening during that time,” said Dr. Monica Brooks, associate vice president of libraries and online learning. “These collections are important because they give us a context as to what helped shape our community and its people.”

In 1901, Freeman was the lawyer of William C. Yawkey, the wealthiest man in Michigan. Freeman was asked to travel to West Virginia to assess the value of land offered to Yawkey.

“He rode in a wagon from Charleston at the time,” said Erwin. “He noticed a stream was on fire. He was told ‘that’s that oil stuff that comes up from the ground, occasionally lightning strikes and it catches fire. It eventually goes out.’”
Freeman recognized this as an opportunity and together they formed Yawkey and Freeman Coal Company and Big Creek Development Company. In 1906, the site became one of the greatest oil fields of its time. In 1910 Freeman married his assistant, a former school teacher from Mason County, and they moved to the up-and-coming city of Huntington, Erwin said.

“They spent $85,000 to build the Freeman Estate, located on 8th Street Hill,” said Erwin. “At that time, people would normally spend $2,000 to build a home. The estate is now part of the National Register.

“The estate was also called Park Hill Farm because as a hobby, he raised cattle and chickens. He planted 6,000 different kinds of bushes and plants in his garden. Although he died at age 66, he was an interesting and eclectic man, kind of a renaissance man. He had a library of thousands of books.”
Growing up, Erwin spent summers at the family estate and took summer courses at Marshall College.

“I remember an English composition course I took one summer,” Erwin said. “The assignment was to find a great quote and write a paper about it. I went to my grandmother and asked her for help with a quote. At 85 years old she recited from memory a quote by Calvin Coolidge about persistence. It’s in my book, The Powers, and I’ve used it throughout my life:
Nothing in the world can take the place of Persistence. Talent will not; nothing is more common than unsuccessful men with talent. Genius will not; unrewarded genius is almost a proverb. Education will not; the world is full of educated derelicts. Persistence and determination alone are omnipotent. The slogan ‘Press On’ has solved and always will solve the problems of the human race. ― Calvin Coolidge

“My grandfather was a very generous man. He gave to Marshall College and many area charities. Unfortunately, the family fortune didn’t survive to my generation. After my grandfather’s death, my grandmother and her three daughters, including my mother, lived in the family estate. They were a generation of spenders, not earners.”

The estate was sold and restored in the 1970s after his grandmother’s death. After the restoration, it was added to the National Register of Historic Places, said Erwin.

“Perhaps this was fortunate for me,” Erwin said in his blog. “Had the fortune been passed on, I may not have been inspired to develop my own skills, ambition and grand vision to restore our family fortune.”

University archivists are looking forward to adding the donation to their current collection.

“The Freeman materials that we have provide insight into the day-to-day operations of the family business,” said Nat DeBruin, head archivist for Marshall University Archives and Special Collections. “The current Freeman collection is very small and the bulk of it contains correspondence between family members. We are curious to see what additional materials Ambassador Erwin has provided.”