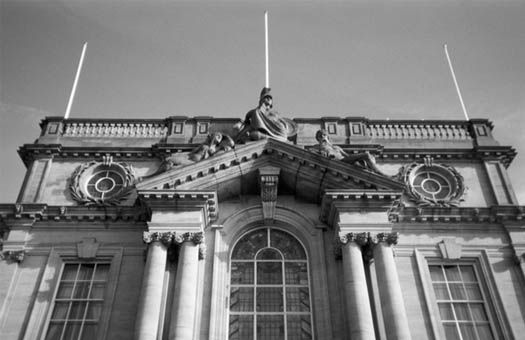 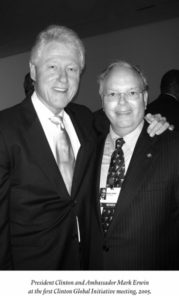 Avenir Press is pleased to announce that Mark Erwin is being highlighted in an upcoming issue of the Foreign Services Institute of the State Department’s “In Their Own Write” publication.

From “In Their Own Write:”

An Unlikely Journey: Make a Difference. Do Good. Have Fun.

A Book in the ADST Memoirs and Occasional Papers Series

Mark Erwin is a businessman who served as President Clinton’s ambassador to the Republic of Mauritius, the Republic of Seychelles, and the Federal Islamic Republic of the Comoros from 1999 to 2001. Born into a family of wealth and privilege during World War II, he had a childhood that was less than normal or happy. This book, his autobiography recounts, a story of “riches to rags and back to riches,” with plenty of life lessons between.

An Unlikely Journey follows Erwin’s remarkable path from a rocky beginning to the curious and extraordinary places and positions neither Mark nor his family and closest friends could have ever envisioned. A self-made man with no financial resources, little education, and few prospects, he overcame many challenges to achieve success in business, philanthropy, politics, diplomacy, and life. Along the way he developed his credo: “Make a Difference. Do Good. Have Fun.”

An investor, sportsman, philanthropist, and ordained lay minister, Mark Erwin has received many honors, including an honorary doctorate in humane letters, several honorary knighthoods, and North Carolina’s Order of the Long Leaf Pine. He has served on over thirty boards of civic, charitable, cultural, and educational organizations and is the author of The Practical Ambassador: A Common Sense Guide for United States Ambassadors (2012).

Third Grade What is Success?